“Forum on the Enforcement of Intellectual Property Rights: The Role of IP Offices” – Montevideo, Uruguay, April 19-20, 2018

The forum was organized by the International Trademark Association (INTA) and supported by the Business Action to Stop Counterfeiting and Piracy (BASCAP), the National Directorate of Intellectual Property (La Dirección Nacional de la Propiedad Intelectual, DNPI) and ASIPI. It was held in the Ministry of Foreign Affairs and was attended by representatives- who in many cases were high-ranking officials- of the Industrial Property Offices of several countries of the region.

The following are some of the officials who participated in the Forum:

Likewise, Officials of the Judicial Branch, Police, Customs and, of course, of the Executive Branch and the DNPI were part of the Forum.

Matias,chaired a panel on the enforcement of Intellectual Property Rights in Courts and the criminal actions. On his first intervention he urged a more active role of criminal and civil courts in the fight against counterfeiting and piracy, and exhorted the governments not to doubt, and to make legislative changes so that actions against this scourge become more agile and effective.

Two Uruguayan magistrates and a lawyer from an Uruguayan firm specialized in Industrial Property were part of the panel. They gave an overview of the situation in Uruguay regarding the action of the criminal courts in this matter, and also in relation to piracy through the Internet.

The Forum ended with conclusions of Mrs. Pardo, Santacruz and Delor, and with the commitment to repeat it in 2019 in a venue that will be defined during the next months. 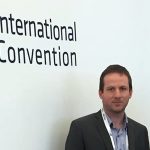 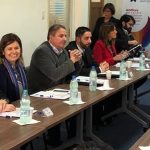