Front-of-pack labelling in Argentina: The first stage in the implementation of the law starts in August.

By Fernando Noetinger
Posted 2022-07-27
In Argentina, Intellectual Property, Trademarks
Front-of-pack labelling in Argentina: The first stage in the implementation of the law starts in August.2022-07-272022-07-27https://noetingeryarmando.com/wp-content/uploads/2022/08/logo-01-01.pngNoetinger & Armando Abogadoshttps://noetingeryarmando.com/wp-content/uploads/2022/07/etiquetado-frontal-de-alimentos-noetinger-y-armando.jpeg200px200px

New labelling requirements for foodstuffs and non alcoholic beverages in Argentina: What you need to know on the Law for the Promotion of Sustainable Nutrition.

Introduction
In October 2021 the Argentine Congress enacted Act 27.642 for the Promotion of Sustainable Nutrition; one of the goals of the act is to protect consumer rights. Among the entities affected by the new rules are those manufacturing, making, producing, fractioning, packing, outsourcing packing or manufacturing operations, distributing, marketing or importing food items and non-alcoholic beverages for human consumption under their trademark or as part of the supply chain of these products within the territory of Argentina.

The act – whose implementing regulation was passed on 22 March 2022 – will become effective in different stages, based on the characteristics of the food items and beverages:

The first stage will be implemented in August 2022, except for small and mid-sized businesses (SMBs), for which the effective date will be February 2023.

In all cases, companies may request a 180-day extension of the term, but must specify the reasons why they cannot comply with the labelling requirements within the relevant time limit.

Overview of the main provisions of the act and regulation

Food items and beverages with high sugar, sodium, saturated fat, total fat and calorie contents, as identified in the regulation, must include a seal indicating this fact on the main side or front of the packaging.

Children’s characters, celebrities, athletes and cartoons, among others, may not be included on the packaging.

Food containing sweeteners and/or excess caffeine levels must include a warning on their packaging to prevent their intake by children.

When it comes to the advertising, promotion and sponsorship of food items and non-alcoholic beverages that are required to include one of the warning seals described above, the packaging of the goods may not display children’s characters (where such activities are targeted at children/youth and are played by human actors), animations, celebrities (including actors, musicians and social media influencers) and athletes, among others. The use of logotypes and phrases suggesting the sponsorship or support of scientific societies or associations is also banned by the law.

Under the law and its regulation, the advertising, promotion and sponsorship of packed food items are those directed at the public on both traditional and digital media.

Act 27.642 for the Promotion of Sustainable Nutrition is part of a series of regulations that includes the Consumer Defence Law. 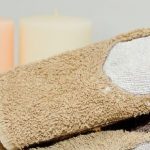 BODY LASER held to be valid for beauty parlour services.Argentina