The Executive Power has regulated the amendments to the Argentine Trademark Law (22362) by Executive Order 242/2019, and, at the same time, has repealed the former 1981 regulations.

Among the regulations issued , we may highlight the following:

Likewise, and as one of the most substantial changes in the Trademark practice, the aforementioned executive order regulates the obligation to file a declaration of use during the fifth year of registration of the mark.

This obligation had been included in the amendment to the Trademark Law but their effects had been suspended until the proper regulation was passed.

In short, between the fifth and sixth year of registration of the new mark or renewal, the owner is required to file a affidavit stating that the mark is in use or that it has been used in the preceding five years.

The abovementioned Executive Order sets forth that failure to file the affidavit shall have two consequences:

Although the effects of these regulations will come into force as of June 3, 2019, the declaration of use obligation is effective as of the date the Trademark Law was amended, namely, January 11, 2018, when the Executive Branch modified the Law by means of an Urgent Decree. I.e., all marks registered as of January 11, 2013 are required to file the abovementioned declaration of use.

Please note that the INPI has informally indicated that up to June 3, 2019, in any case where the term to file the relevant declaration of use has expired, a one year extension will be granted and no fines will be applied.

INPI, trademark law
Pablo Armando
Pablo provides advice on issues related to the protection and defense of Industrial and Intellectual Property assets, in particular, trademarks, domain names and copyrights, both for Argentina and Latin America and other regions. Coordinates the Trademark Department of Argentina and abroad.
Recommended Posts 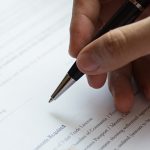 Copyright and its impact on Trademark Rights.Copyright, Trademarks 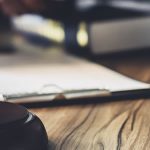