The Trademark Office has issued the implementing rules for the new opposition system.

Congress has recently passed into law the amendments to the Trademark Law that were introduced by a Presidential Decree last January. These amendments will become operational as the Trademark Office issues the implementing regulations.

Today the TMO has published Resolution No. 183/2018 that regulates the opposition procedures, and which will be in force 60 days after its publication on the Official Gazzette.

It should be noted that article 16 of the Trademark Law as amended, establishes a three months cooling off period, counted as from the date the opposition is officially notified to the applicant, during which the parties are invited to negotiate an agreement.

If no agreement has been reached, the opponent will have to ratify the opposition through a payment of an official fee. Otherwise, the TMO will not open the opposition procedure, and it will only be taken as a call of attention to the Examiner.

Once the opposition proceedings is initiated, the opponent and applicant will have the opportunity to submit their arguments and documentary evidence and offer additional proofs to be produced during the evidence stage.

Once the evidence stage is over, the parties will be allowed to submit final arguments, and then the TMO will issue a decision on the opposition, which can be appealed before the Federal Court of Appeals within a 30 days period.

It should be noted that before submitting the final arguments, the parties may request, by mutual agreement, the stay of the opposition proceedings in order to submit the conflict to an ADR method. If the parties reach an agreement, it will have to be communicated to the Trademark Office who will refrain from issuing a decision regarding the opposition. However, the TMO will not be compelled to grant the trademark application if it considers that the mark is not registrable due to absolute or relative grounds.

Another aspect that should be considered is that, in accordance with the amended Trademark Law, the cancellation proceedings (except for those nulity actions based on the bad faith of the applicant/registrant) will also be prosecuted by the Trademark Office. However, the implemeting rules for these proceedings have not been issued yet.
As a consequence of this, if in an opposition proceeding the applicant challenges the trademark applications/registrations on which the opponent based its opposition, then the TMO will only decide about the merits of the opposition but the granting or refusal decision regarding the trademark application will be suspended until the Courts decide about the cancellation action.

In short, as from September, there will be a new opposition proceeding which will take place at the Trademark Office and that can be summarized as follows:

Undoubtly, this new opposition proceeding entails very important changes in the way the trademarks are prosecuted in Argentina. Most of these changes where expected and necessary to build a more agile trademarks system. The big challenge now is to quickly adequate the practice to the new standards.

In Noetinger & Armando we will be happy to provide any further information or answer queries regarding the changes mentioned above. 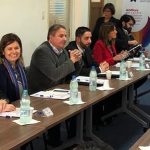 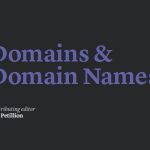