On 3 April 2019 Decree 242/2019 was passed by the Argentine Executive. Decree 242/2019 regulates a large number of provisions of the Trademark Law, which was amended in 2018, and at the same time repeals the previous regulations issued in 1981.

The new regulations will come into force on June 3. They introduce the following changes, among others.

Marks that have acquired a “secondary meaning” are now registrable.

If an application receives objections from the examiner, the applicant will have 30 days to respond, unless the office action includes oppositions by third parties, in which case the term will be of three months.

The requirement to file a declaration of use within five years of the date of registration has now been regulated. Article 26, as amended in 2018, included this obligation, but its effects were suspended pending the passing of a regulation implementing it.

Article 26 provides that the trademark owner must file a declaration stating the use that has been made of the trademark up to that date (that is, between the fifth and sixth anniversary of the date of registration/renewal), but did not establish the manner in which such declaration had to be submitted or the consequences on the owner if it was not filed within the statutory term.

Decree 242/2019 now sets forth that a failure to file a declaration of use has two consequences. The first one is a presumption, iuris tantum, that the trademark is not in use (this can be taken into account if a third party requests the total or partial cancellation of the registration). The second consequence is a penalty at the time of filing the renewal application, since the Trademark Office will not proceed with the renewal until the obligation to declare use has been complied with.

This second consequence implies that, if a trademark owner has not filed the declaration of use and paid the relevant fee in due time, but seeks to renew its registration, it shall have to make a late declaration that will require the payment of additional fees and fines for each year of delay.
According to Article 26 of the decree, the obligation to file such declaration applies to all trademarks that had been registered for five years when the amendments to Law 22,362 became effective.

In this regard, it must be noted that, although the law was promulgated on 18 June 2018, it is based on an amendment introduced by an Emergency Decree dated 11 January 2018; therefore, the most conservative stance would be that the owners of all trademarks registered from 11 January 2013 onwards would have to file a declaration of use.

In cases where the deadline for filing the declaration of use has expired, the Trademark Office has stated unofficially that it will grant an additional term to file such a declaration without applying fines or additional fees.
An issue that the regulation has not resolved is the content of such declarations. It is unclear whether a declaration stating that the trademark is in use will suffice or whether, on the contrary, it will be necessary to define the products/services identified with the trademark in question, or even file documents to prove such use (eg, invoices and labels). This issue will require clarification from the Trademark Office, since the latter is the competent authority to establish the formal requirements for such procedures.

This article first appeared on WTR Daily, part of World Trademark Review, in May, 2019. For further information, please go to www.worldtrademarkreview.com 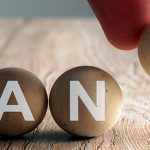 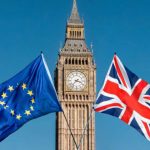 Effects of BREXIT on trade marks registered in the European UnionTrademarks