BODY LASER held to be valid for beauty parlour services.

Although ‘body’ and ‘laser’ suggest an association with the body, this did not mean that they were necessary designations of the service at issue

In dismissing the defendant’s request for nullity, the court took into account the fact that she had herself applied for registration of the mark

The amount of compensation must specifically aim at repairing the damages incurred, without generating undue profits for the trademark owner

In her capacity as owner of the trademark BODY LASER, registered in Class 44 for body care and beauty services provided in a beauty parlour, Julieta García Bloise brought suit against Rosa Paula Vallasciani and petitioned the court to order the defendant to cease using the same trademark to identify the same services. Damages were also requested.

The defendant alleged that the mark BODY LASER was null and void under Section 2, Subsections (a) and (b) of the Trademark Act. Consequently, upon answering the complaint, she filed a counterclaim requesting that the plaintiff’s registration be declared null. The abovementioned section of the Trademark Act sets forth that names or terms that are necessary or usual designations of the product or service that they identify cannot be registered, as well as those that have become of widespread and general use before the trademark application was filed.

The court first analysed the defendant’s request for a declaration of nullity of the registration for BODY LASER. The court stated that a term will be considered as the usual or necessary designation of a product or service if this is the case in Argentina and in the language usually spoken in the country by Argentineans (ie, Spanish). The court considered that, although the terms ‘body’ and ‘laser’ suggest an association with the body, this did not mean that they were necessary designations of the service at issue, as mandated by the law. Nevertheless, the court determined that BODY LASER somehow evoked the service that is identifies, but – as established in numerous court decisions – trademarks that evoke the product or service that they identify are not banned by law.

In dismissing the request for nullity, the court also considered the contradictory behaviour of the defendant: on the one hand, she had applied twice for registration of the trademark BODY LASER in Class 44 (which implied that she considered it to be registrable), while on the other hand, she had petitioned the court to declare it null and void as not subject to registration (which evidenced her bad faith).

The court further examined the request for damages, and declared that the illegitimate use of a third-party trademark causes economic damages that must be compensated. Given the well-known difficulties of proving damages in the field of intellectual property, the court referred to the doctrine whereby all types of trademark infringement create presumed damages for the trademark owner. Further, as it is difficult to prove causation between the infringement and the damages sustained, the court determined that the Code of Procedures authorises the courts to establish a reasonable compensation, which must be specifically geared at repairing the damages incurred, without generating undue profits for the trademark owner.

In this case, the illegitimate behaviour of the defendant could not be superseded by the difficulty to prove the damages sustained – thus allowing the defendant to escape liability. In order to set the amount of compensation, the earnings or profits of the infringing party are only one of the factors to be considered.

In summary, the court ordered the defendant to cease using the trademark BODY LASER and to pay compensation to the plaintiff in an amount that the court deemed reasonable based on the evidence that was available in the proceedings. 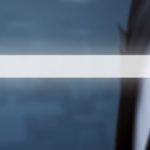