Third-party intervention in patent application and use of drug clinical data lawsuits.

About the rulings on CILFA’s (Association of Argentine Pharmaceutical Companies) request for intervention in lawsuits related to patent applications and the use of clinical data submitted to the Argentine regulatory agency to prove safety and efficacy of a product.

In recent years, there has been an increasing trend from certain pharmaceutical industry organization to try to intervene in lawsuits related to patents as well as those on the use of clinical data submitted to the Argentine regulatory agency to prove safety and efficacy of a product.

Before discussing the court decisions regarding these attempts –which have been successful in some cases– we believe that it is important, as way of introduction, to make a brief explanation on how Argentine pharmaceutical companies are associated, as well as the laws that have founded such requests for intervention.

In recent years, CILFA has been requesting to be admitted as third-party in certain lawsuits, such as those whose purpose is to reverse the decisions of the National Institute of Industrial Property (hereinafter, INPI) that rejected patent applications filed by foreign based companies related to pharmaceutical products. Also, they have requested such intervention in conflicts between local branches of foreign pharmaceutical companies and local “generic” ones that had obtained –or attempted to obtain– the approval of their products based on the clinical data developed by the former respective foreign parent companies.

In support of their request to be admitted, CILFA used the provisions of Section 90, subsection 1) of the Code of Procedures for Civil and Commercial Matters of Argentina, i.e.: “Anyone who 1) proofs in a summary proceeding that a court decision might adversely affect their own interests […] may intervene as party to a pending litigation, irrespective of the stage in which it may find at the court; […]”.

In their motions, CILFA has claimed that their request to be brought into the lawsuit is with the purpose of collaborating with the INPI in support of the decision to reject patent applications, and to avoid the granting of patent rights which in their opinion would hinder competition. Both in the lawsuits that object to the constitutionality of the drug approval system in Argentina, which allows a “me too” application for approval based on similarity, and in those in which the applicant of a patent application rejected by INPI has appealed against such resolution before a court of law, CILFA claims that the decision entered in such lawsuits may have impacts on the general interests that this association promotes and protects.

The response of the parties facing such claims of CILFA has been disparate. In some cases, INPI has not responded and, consequently, the relevant court deemed that they did not object to such request.

More recently, INPI has adopted a more resolute position and has opposed to CILFA’s intervention. In general terms, the grounds to request the dismissal of CILFA’s motion have been the following:

 That the collaboration of private organizations that are foreign to the INPI is not necessary, on the ground that the Patent Law vest them with sufficient decision-making powers in these cases;

 The intervention of third-parties in court cases is restricted and must only be admitted in extraordinary cases;

 Although the intervention of third-parties in the administrative proceeding is afforded by the Patent Law by way of the filing of well grounded objections, this does not imply that such third-parties may later intervene in court proceedings.

 That CILFA may have an interest shared with the INPI is, inherently, irrelevant on the ground that such interest is common to all inventors –irrespective of whether they may be members of CILFA or not;

 By assuming the defense of a resolution rejecting patent applications, CILFA attributes itself powers that are vested on INPI.

 The general interests that CILFA claims to represent are not at issue in the lawsuits, but a debate between INPI and the applicant of a patent application that has been rejected.

Regarding the companies against whom lawsuit was brought, some of them have remained silent, others have accepted the request of CILFA, and others have opposed with similar allegations as made by INPI.

Below we shall see how the panels of the Federal Court of Appeals for Civil and Commercial Matters have ruled in such cases.

2.- Court decisions regarding CILFA’s request to be brought into lawsuits

Regarding the decisions entered by First Instance courts, most of them have adopted a broad criterion in the analysis of the grounds for CILFA’S requests, contrary to the trend in other non federal courts, which have adopted a stricter criterion to decide whether there is, or there is not, an “individual interest” of the party who seeks to intervene in a lawsuit to which they are not initially a party.

2.1.) Lawsuits regarding the approval of drugs

The Confidentiality Law and –prior to its enactment, Executive Order No. 150 of 1992– established a simplified regime for the approval of pharmaceutical products which have already been approved in other countries, such as USA, Japan, Germany, France, United Kingdom, among others.

Pursuant to this regime, the pharmaceutical companies requesting the approval based on equivalence or similarity must basically prove that the reference product is approved, and attach the draft label and package insert. This procedure does not apply to biological products that have their specific rules.

Many pharmaceutical companies challenged such automatic approval system and deemed that it infringed upon Article 39 of TRIPS, on the ground that the simplified regime allows local authorization based on the existence of approval in other countries implied use of clinical data developed by the innovating pharmaceutical company or its local branch in Argentina without their approval or consent.

In the lawsuits against the equivalence-based approval regime, the panels of the Court of Appeals admitted the intervention of CILFA, thus admitting that the final resolution eventually entered by the court might have an impact on the activities of the members of CILFA. In other words, it has been claimed that –to the extent in which an eventual decision might compromise the constitutionality of the system for the registration of drugs based on equivalence– this might impact on the general interests that CILFA promotes and protects.

We shall not refer to the claims made by CILFA or by the pharmaceutical companies that challenged the drug approval regime based on equivalence, since this is foreign to the purpose of this report. In case of interest, additional information can be provided

2.2.) Appeals before the Courts against INPI’s decisions to reject patent applications

The criterion adopted by the different panels of the Court of Appeals in cases in which the request for intervention of CILFA was made in a lawsuit challenging INPI’s decision to reject a patent application has not been unanimous.

Panel III, which had admitted CILFA as a third-party in proceedings against the approval of drugs based on equivalence, decided that the circumstances alleged by CILFA in support of their claims in these particular cases were not duly proved.

a) That the purpose of the third-party intervention is not to allow anyone to intervene in a lawsuit in order to obtain a decision that might be favorable to them in the future, using for such purpose vague arguments.

b) While CILFA adheres to the grounds raised by INPI to reject the patent application at issue in the lawsuit, they have no relationship with the above mentioned agency that might be adversely affected by the decision eventually entered in the case.

c) Since CILFA invoked the Antitrust Law, the decision claimed that there was no evidence of any administrative claims or court cases filed by their members against the Plaintiff based on said law.

d) The Argentine Patent Law does not provide for the intervention of third-parties into the lawsuit although admits such intervention only in the administrative proceeding.

In turn, in these cases, Panel I has adopted a different approach. Based on a broad criterion decided that it was undeniable that the effects of an eventual decision would adversely affect the parties, on the ground that such a decision might have impact on competing third-parties, among whom are the members of CILFA, and therefore has admitted such intervention.

We believe that the position of Panel III to dismiss the request for intervention of CILFA in a case against the rejection of a patent application is the correct one. Our courts have historically construed that the voluntary intervention requested by third-parties should be restricted, and only admitted when it is clear that there is a legitimate interest that supports such request.

Claiming to intervene in a lawsuit to collaborate with INPI in the defense of a decision regarding a patent application implies admitting that INPI is not able to defend its decision taken after a long prosecution of the application.

It should be pointed out that the Argentine Supreme Court passed some years ago specific rules which apply to “amicus curiae” which we understand is when CILFA as any other third party who qualify according to the above mentioned rules, can intervene in third parties cases.

Furthermore, all claims made in the request allow us to consider that the ulterior motive of the request for intervention filed by a third-party (in this case, CILFA) is to delay the court proceeding as much as possible, which shall have a direct impact as from when would the patentee be in a position to enforce its rights. If we add the delay in the administrative proceeding to the length of a lawsuit that might potentially be escalated up to the Supreme Court of Justice, by the time in which the final decision was entered, the highest odds is that the 20-year term shall have already lapsed or –in the best of scenarios– only a few years would be remaining.

In a case that was recently decided by the Argentine Supreme Court (Monsanto Technology LLC vs National Institute of Industrial Property – decision of April 16, 2019), following an appeal against a decision of INPI rejecting a patent application, the Argentine Supreme Court decided that it had no say in the appeal filed by the Plaintiff on the ground that the maximum duration of the patent had long lapsed. In other words, the criterion of our Supreme Court suggests that –if by the time that a decision ought to be entered in the case, the 20-year term from filing date had already lapsed– no decision whatsoever would be entered. If such was the case in a lawsuit without the intervention of a third-party, it is not difficult to imagine how long a lawsuit in which such intervention was admitted could take.

Finally, it would not come as a surprise if CILFA asks to intervene in patent infringement cases where a “generic” company is named as a defendant. 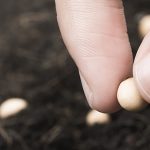 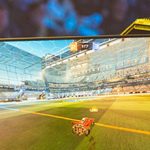