By Martín Re
Posted 2019-02-25
In Industrial Property
Debate on the bill to amend the Law on Seeds and Phytogenetic Creations in the Chamber of Deputies2019-02-252019-02-25https://noetingeryarmando.com/wp-content/uploads/2018/06/noetinger_armando_logo.pngNoetinger & Armando Abogadoshttps://noetingeryarmando.com/wp-content/uploads/2019/02/190225_tratamiento_ley_de_semillas_01.jpg200px200px

Although there is a broad consensus in the sector for some time as regards the need to amend the Law on Seeds and Phytogenetic Creations (Law 20,247), which dates back to 1973, the debate on the new law has been postponed once again. Last November 13, the bill had obtained the ruling from the Commissions on Agriculture, Budget and Treasury, and General Legislation of the Chamber of Deputies. However, the debate was postponed to 2019.

A country like Argentina, which has an important role in the sector in terms of production and generation of new technologies, cannot remain indifferent to the recognition of the intellectual property. In this sense, by not adhering to the revision of the 1991 UPOV rules, the protection of new plant varieties is regulated by an outdated law which does not take into account the changes produced in the sector in the last 50 years.

The bill, which must still be debated by both chambers and regulated, comes to remedy some of the deficiencies generated by a law that was drafted in an absolutely different context. Specifically, the relevant aspects that were ruled last month are the following ones:

Although the future of the bill is uncertain, the debate is expected to take place in the Congress during the first semester of 2019. 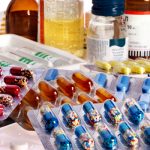